Just like humans, dogs can experience a number of issues that require medical attention. One such issue is an intestinal obstruction. An intestinal blockage in a canine is very serious and can be fatal if the dog is not treated promptly by a veterinarian. Thus, if your dog has an intestinal obstruction, it is essential to take it to an animal hospital right away. In the event that your dog has consumed something that is too large to be passed during a bowel movement, surgery will likely be needed. Some common signs that your dog may be suffering from an intestinal blockage and should be taken to an animal hospital include:

An intestinal blockage occurs when an object gets stuck in the intestines and blocks stool from completely being able to travel through the intestinal tract. When this happens, your dog's digestive system will be affected, which can result in abdominal bloating. This occurs because solid waste and gas begins to build up. If you notice that your dog's abdomen looks or feels bloated, don't brush off the issue — it is best to err on the side of caution and have your dog examined by a veterinarian.

Difficulty With, or Absence of, Bowel Movements

A blocked intestine can wreak havoc on your dog's bowel movements. When there is not complete blockage, you may notice that your dog has to really strain in order to have even a small bowel movement. In some cases, an intestinal blockage can cause a dog to have diarrhea since only the watery stool can pass by the object blocking the intestines. In the event that your dog has swallowed a very large object that creates a complete blockage, your dog may not be able to have any bowel movements at all, no matter how hard it tries.

No Interest in Eating

When a dog has an intestinal blockage, it will most likely not feel well. An intestinal blockage can also cause pain and discomfort. If a dog does not feel well or is experiencing pain, your dog may lose its appetite. It is always concerning when a dog will not eat since most dogs are very excited about mealtimes. Sometimes, not wanting to eat doesn't mean anything serious, but if your dog refuses to eat and is displaying other symptoms that something is wrong, such as lethargy or whining in pain, you should take it to an animal hospital for evaluation. 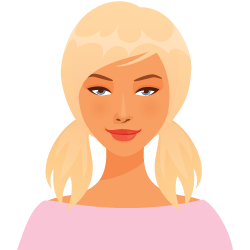